What we can do for you

Whitehead Cooper Williams acts as an in house legal team, counselling and facilitating corporate action as well as providing convenient reference to clients as part of a holistic service. We offer guidance in navigating the laws pertaining to commercial real estate, disputes and conveyancing as well as practical advice on all matters legal.

We can also offer legal representation on behalf of your clients as part of a coordinated effort with you to supply a complete service, ensuring a unified team that will not require superfluous back and forth.

We can assist in conveyancing, probate and commercial property leases and sales for both corporate and client entities.

Here at Whitehead Cooper Williams, we have been focused on a close personal relationship with our clients, supplying a legal ear and voice to their matters since the inception of the firm.

We advise our clients on the best way to achieve their desired results, whilst navigating through the various legal requirements they might face along the way, and talk through the process at the start, so that the clients are aware of what lies ahead and how long the process will take, the likely costs and the options available, depending on which outcome is best for them. Each set of circumstances is different, each person, each family each company or organisation has their views and their realities, so the approach has to be to address them as part of the overall strategy. 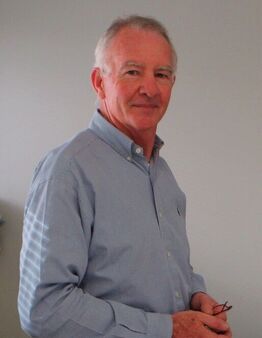 Denis Williams was admitted to practise a solicitor of the Supreme Court of New South Wales, and the High Court of Australia in 1977, and was in a private practice for some years before accepting an invitation to provide specialist advice to the NSW Department of Health and its Ministers, which he did before returning to private practice with this firm in 1990. He maintains his strong interest in personal law – involving individuals, families and family businesses and their projects, problems and the like.

He is old school in that he seeks to realise peoples aspirations, overcome their problems or resolve their differences as faily and as expeditiously as circumstances allow. He continues to charge fees below those of this peers in most if not all areas of practice, whilst engaging via more current forms of research and correspondence. He Remains a keen sailor, either racing ( Sydney to Hobart 8x) or cruising, enjoys surfing, motocycling and bush walking.

​Best Practice Lawyers was established in 1995 and continues to grow and flourish, as its members share their unique specialist knowledge , resources and experiences.

The clients- whether individuals , small businesses or corporations -get the “big firm” breadth of service at the “small firm” price.